A Collision with a Skip 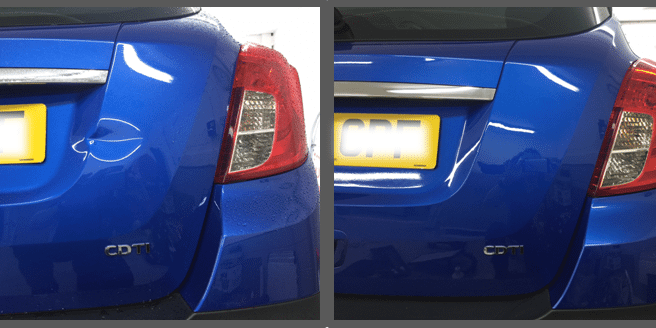 This dent was unfortunately caused by a collision with a skip!

Due to the car being just one Year old, she returned it to the dealership where she’d purchased the vehicle.  Their on-site body shop told her she would need a new Tailgate.

The quotation for this replacement was sizeable and to cover the cost she would need to submit a claim with her insurer.

After a little time in shock at the size of the body shop quotation, she decided to look for quotations elsewhere.  Her first stop was Dent Technique!

We assessed the damage and supplied her with a written quotation. She thought it was so reasonable that she decided to book an appointment with us to get the dent removed the following week.  She even paid us directly by credit card to save herself an insurance claim.

As you can see from the before and after pictures, she was a very happy customer when she left our Dent Technique premises in Enderby, Leicester.