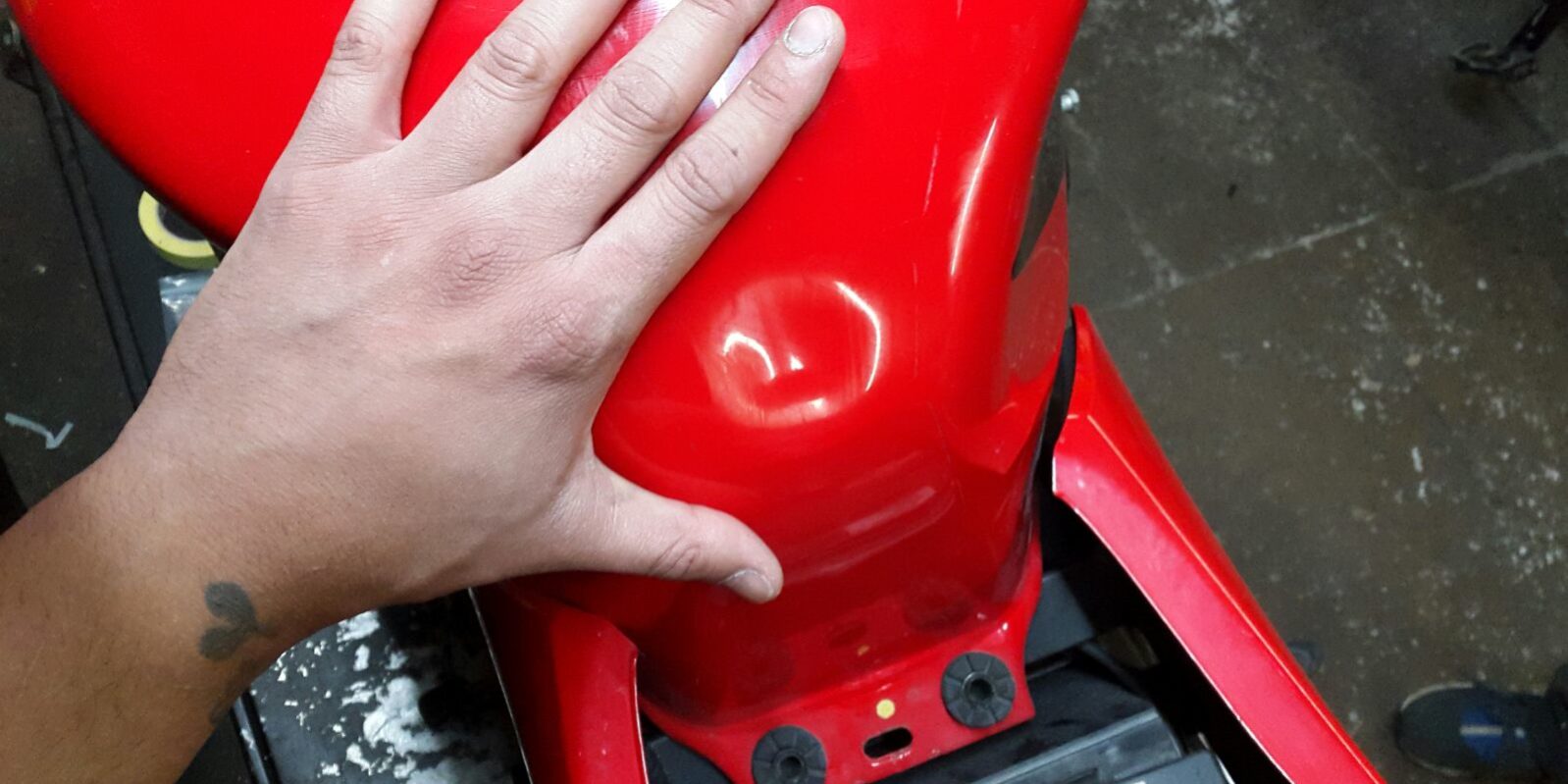 Here are the before and after pictures of a dent Tall Paul repaired on a motorbike petrol tank.

The dent on the motorbike petrol tank was caused when the owner was servicing and preparing the bike ready for a tour around Europe. The bike dropped off its standing and hit a door frame!

The cost of a new tank would be around £400 to £600 unpainted, plus this would be a bespoke order.

So, the owner of the motorbike decided to pop around to Dent Technique in Enderby to make an appointment to have the dent removed. As you can see from the third picture, these are the results.

The owner is currently touring Europe on his dent free motorbike!!!